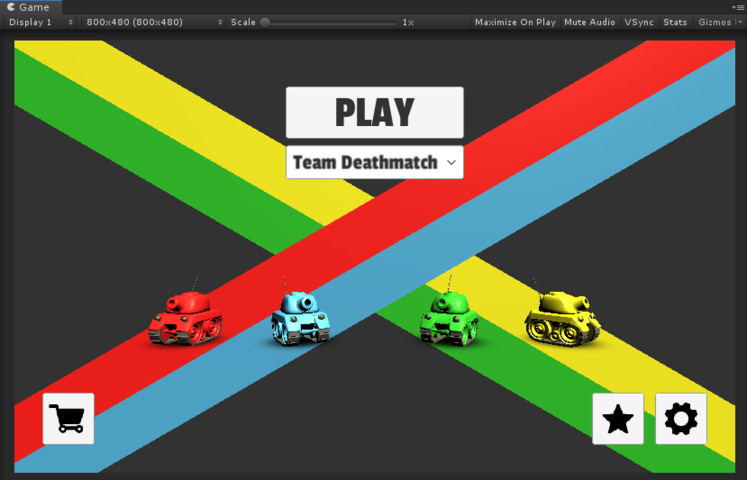 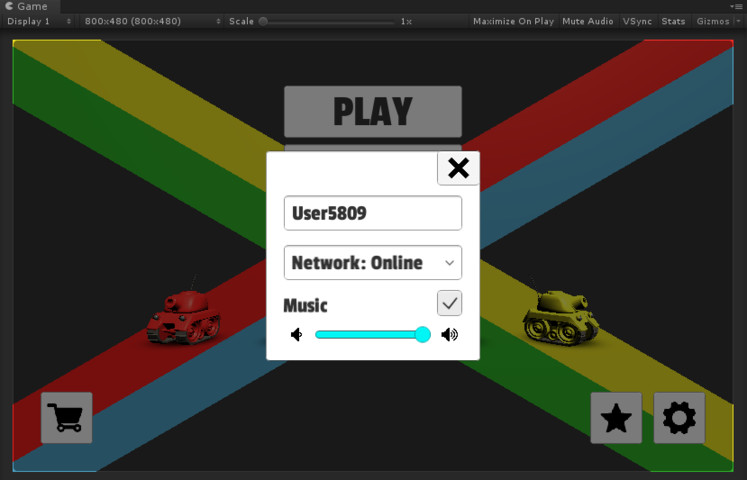 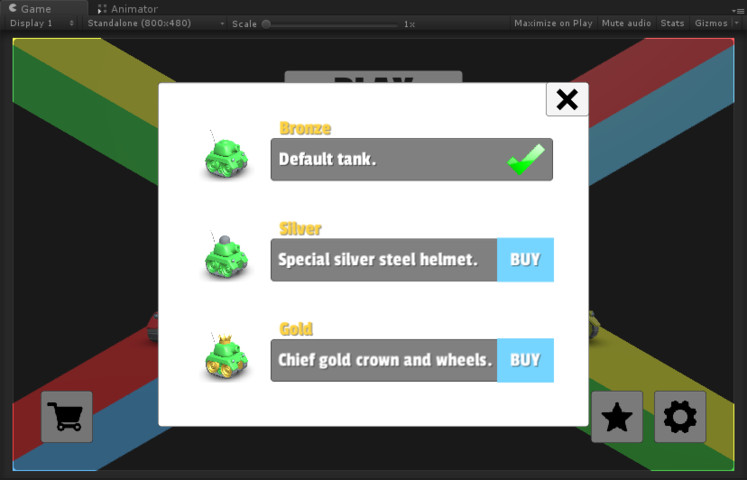 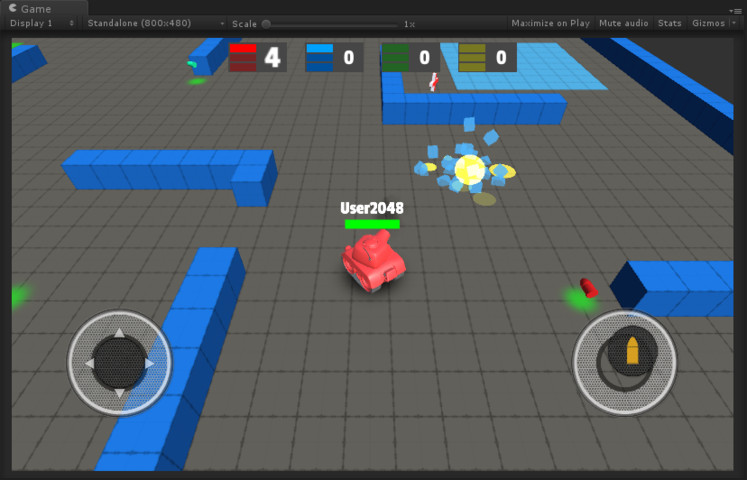 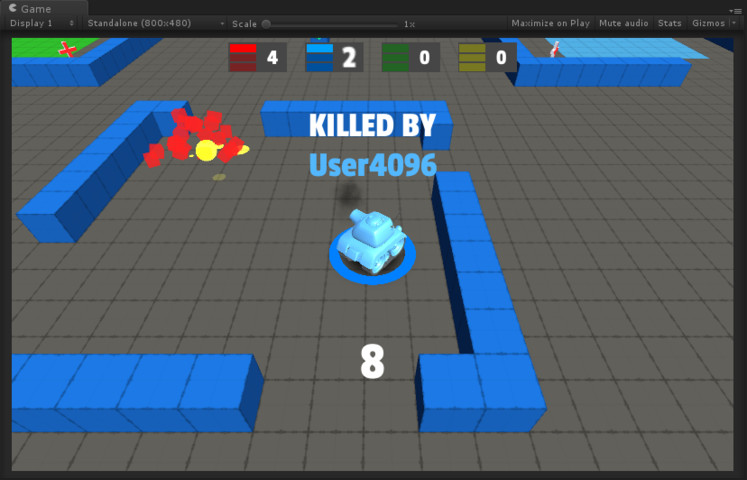 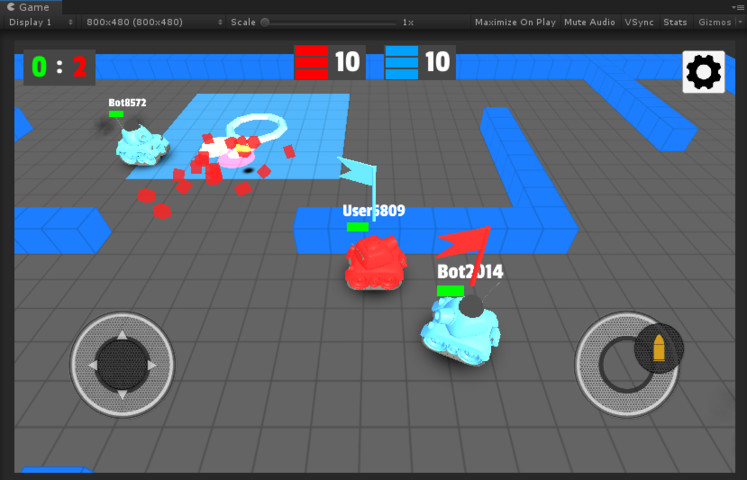 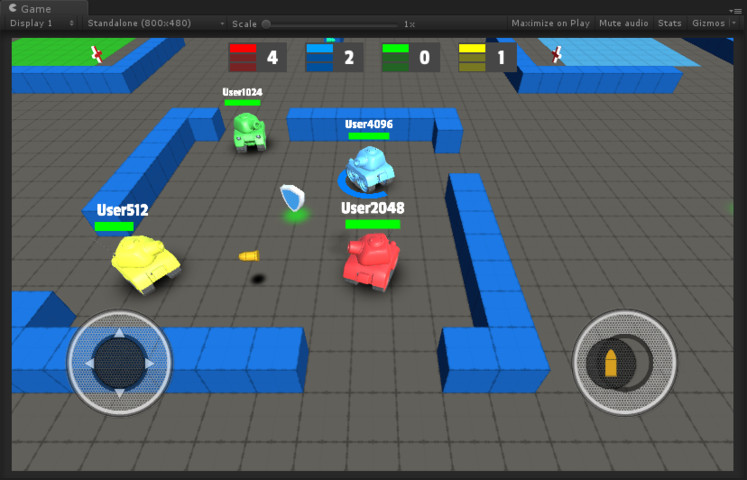 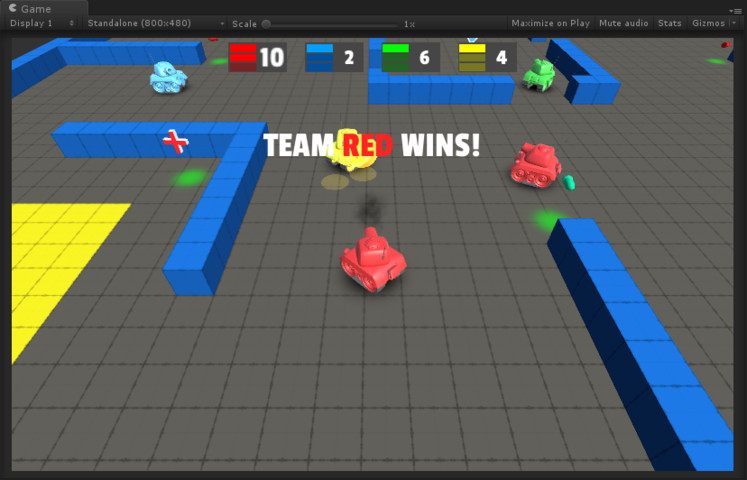 Tanks Multiplayer is an action packed multiplayer template running on Unity Networking or Photon Unity Networking . Your choice! Play in one of four different teams with up to 12 players per room and compete for the highest team deathmatch score. Numerous common network approaches are explained in the extensive documentation. Details | Web Player | Forum | Roadmap NEW: