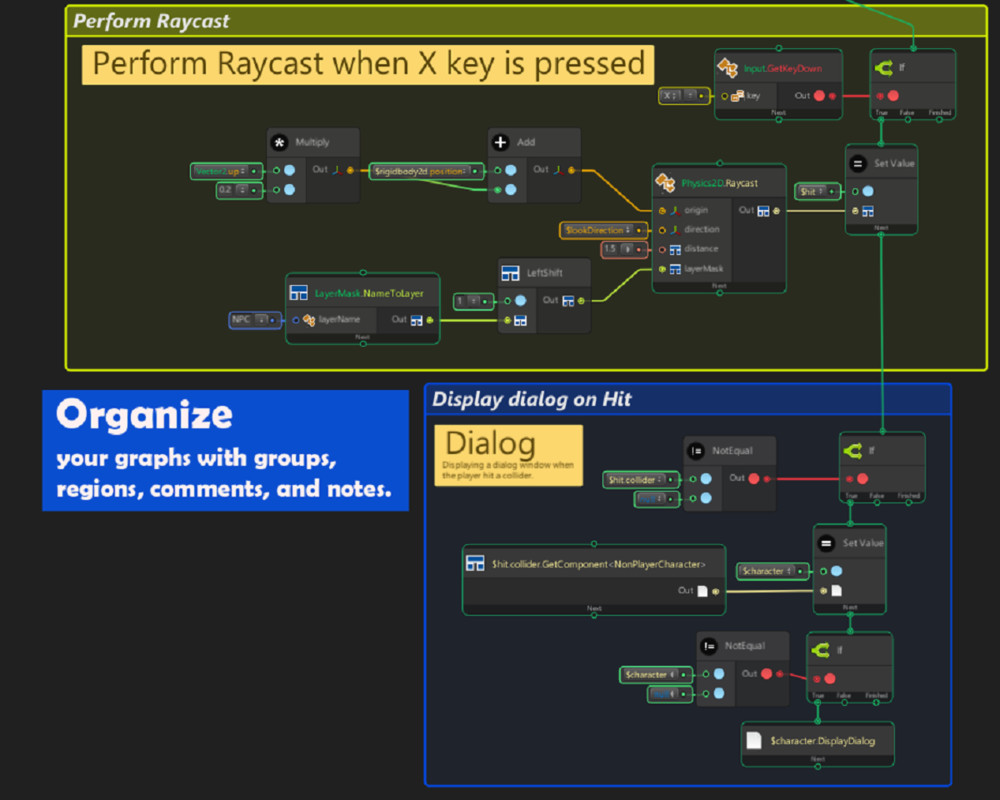 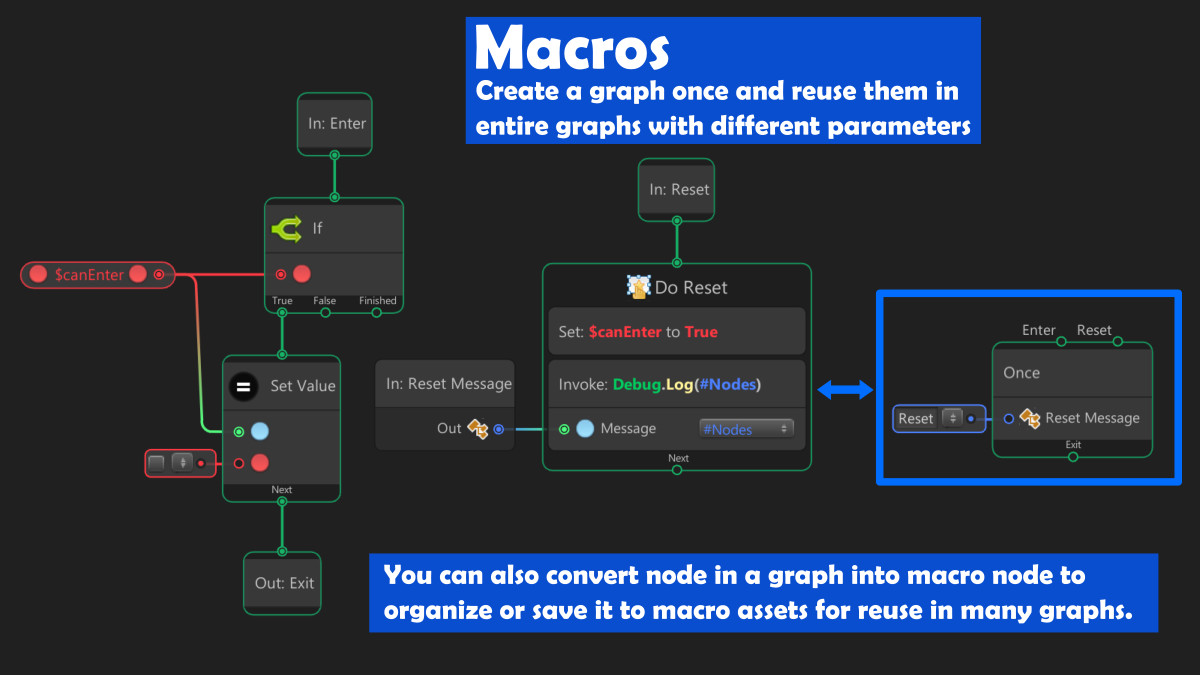 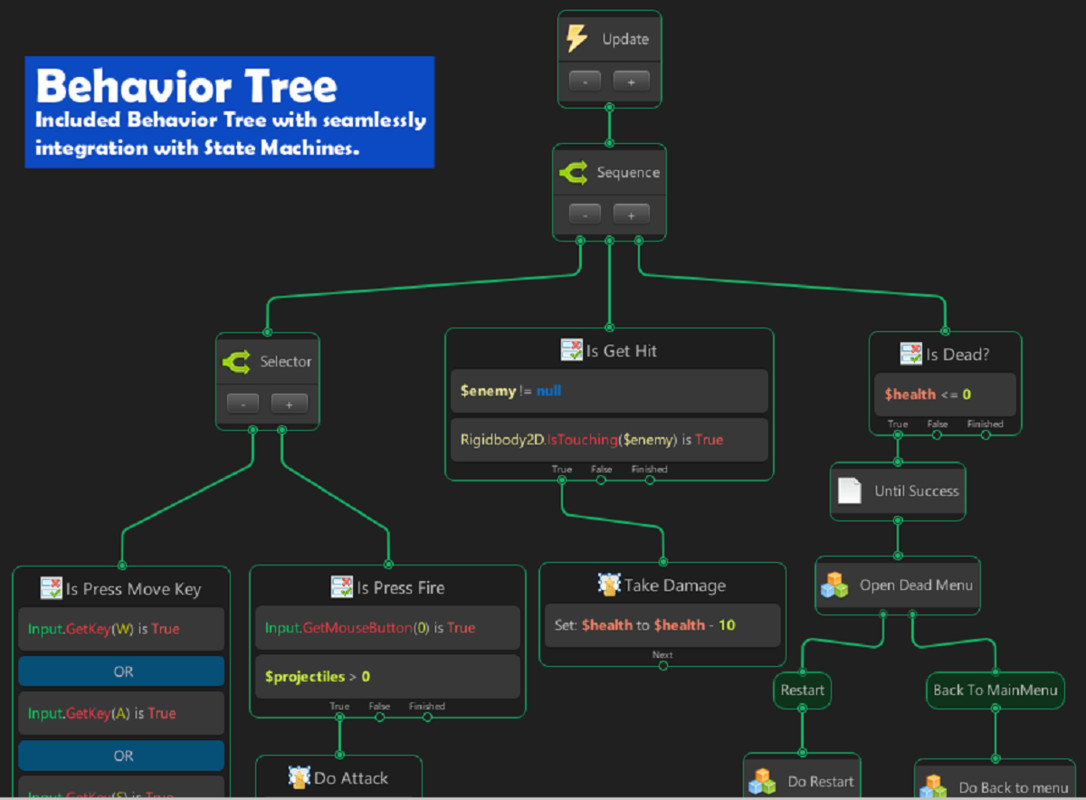 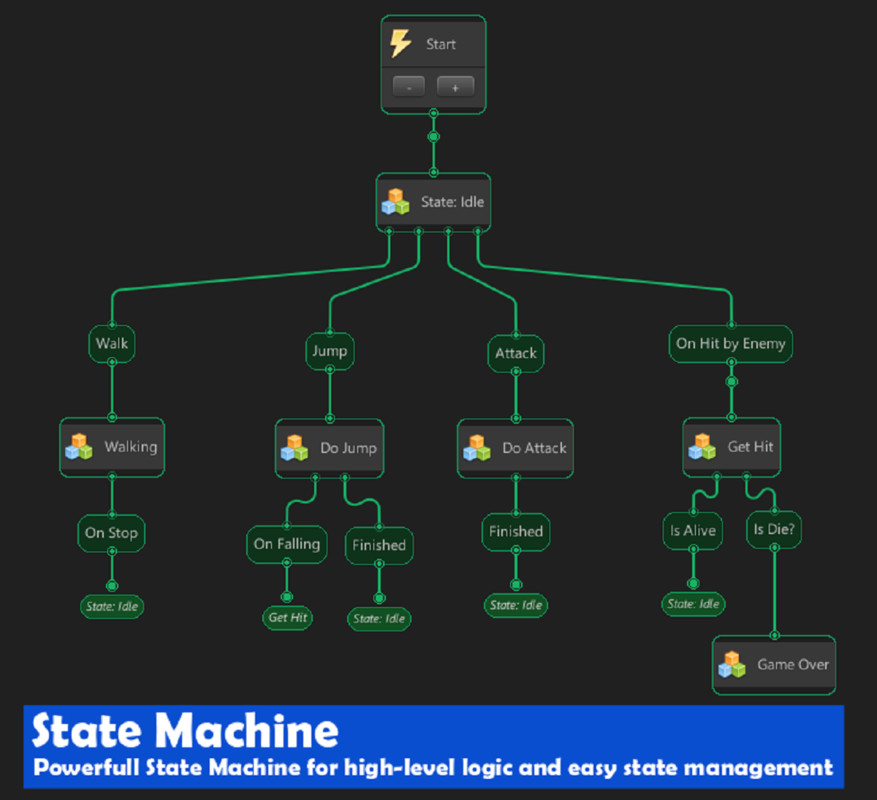 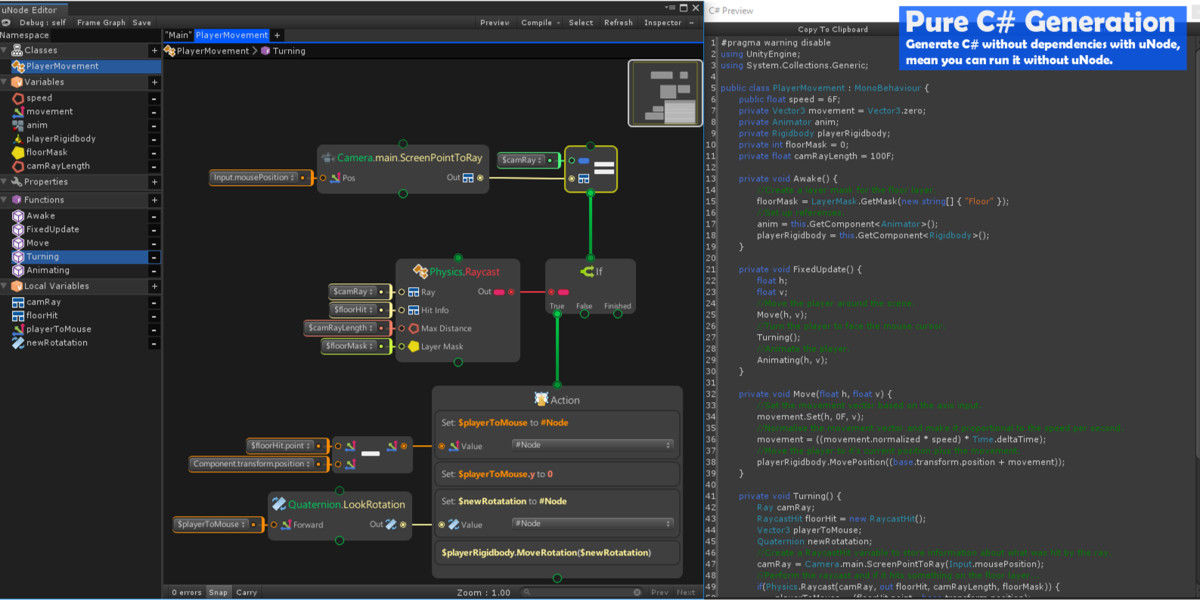 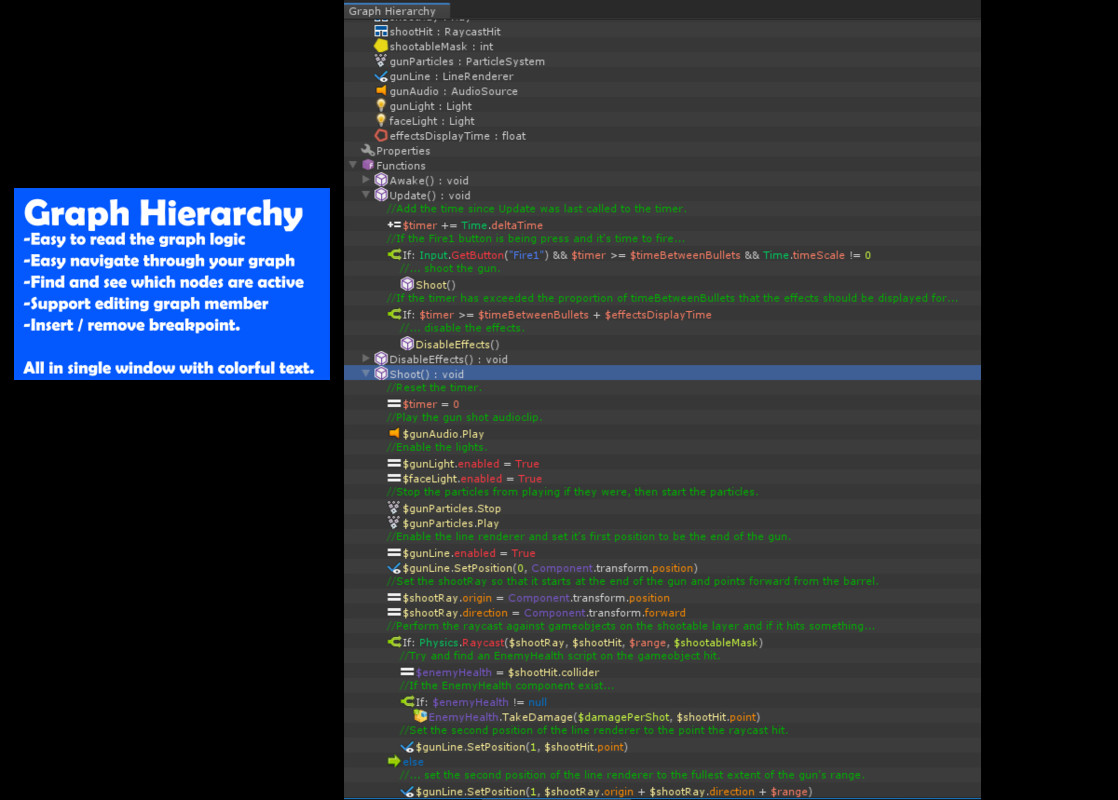 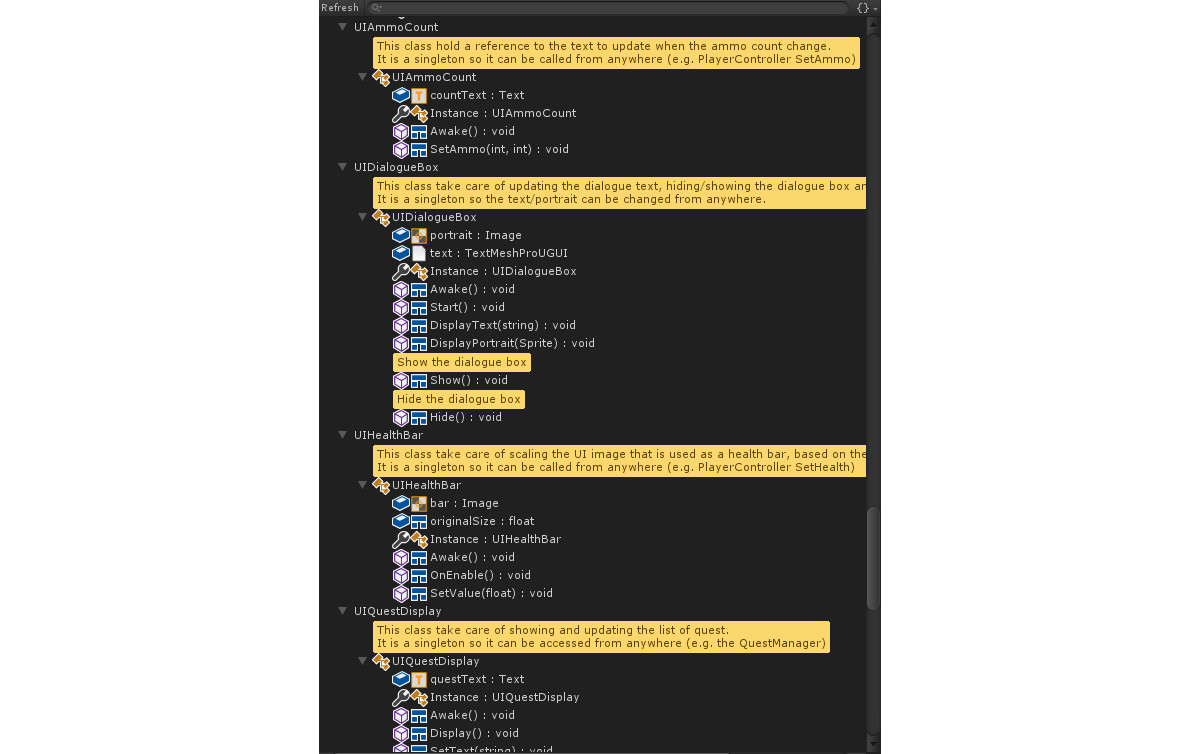 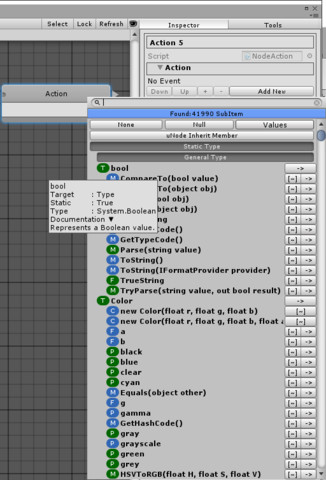 uNode is Visual Scripting plugin for Unity 3d. This plugin allows designers, artists and programmers to create gameplay mechanics, interactive systems and even C# script without writing a single line of code.

Use automatically generated nodes for all and any Unity functionality, your code and 3rd party APIs. Including Methods, Properties, Fields, Unity Events, C# Events, Generic Methods, Constructors and Operators.

Each build in nodes are supported to generating a script and its fully no dependencies with uNode this mean you can remove uNode and run output script to another project without uNode.

Import c# script into uNode to quickly creating a node graphs and learn how uNode work.

Playmaker Actions for DOTween by Doozy

Behavior Designer - Behavior Trees for Everyone