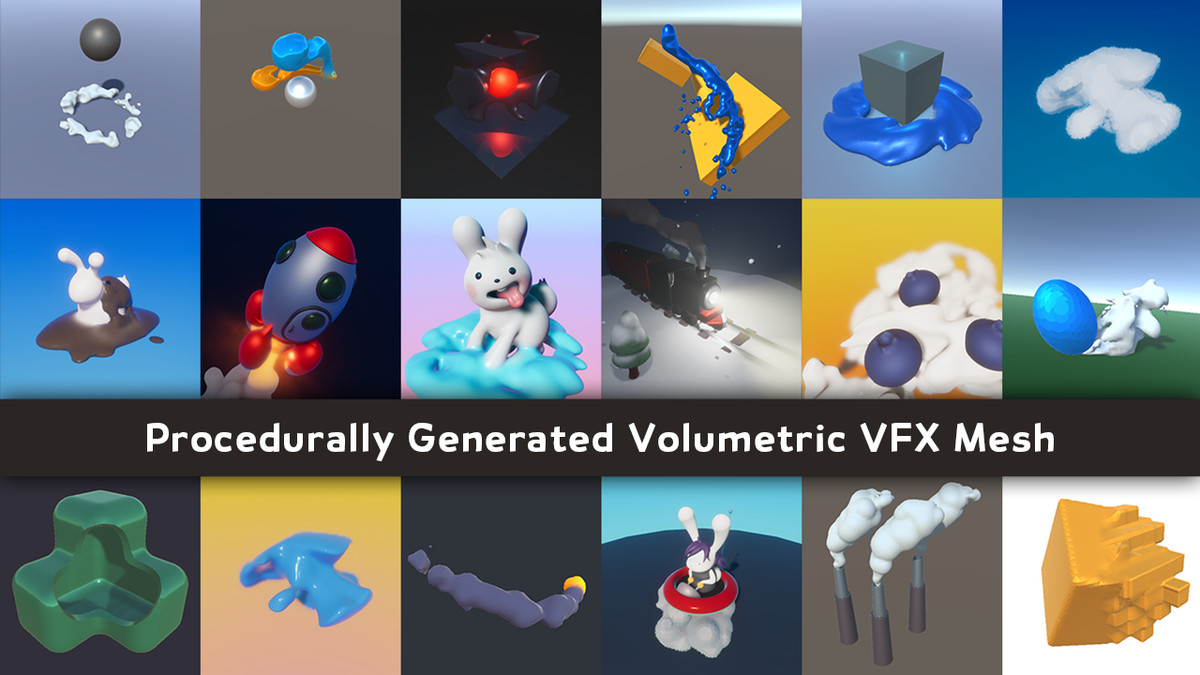 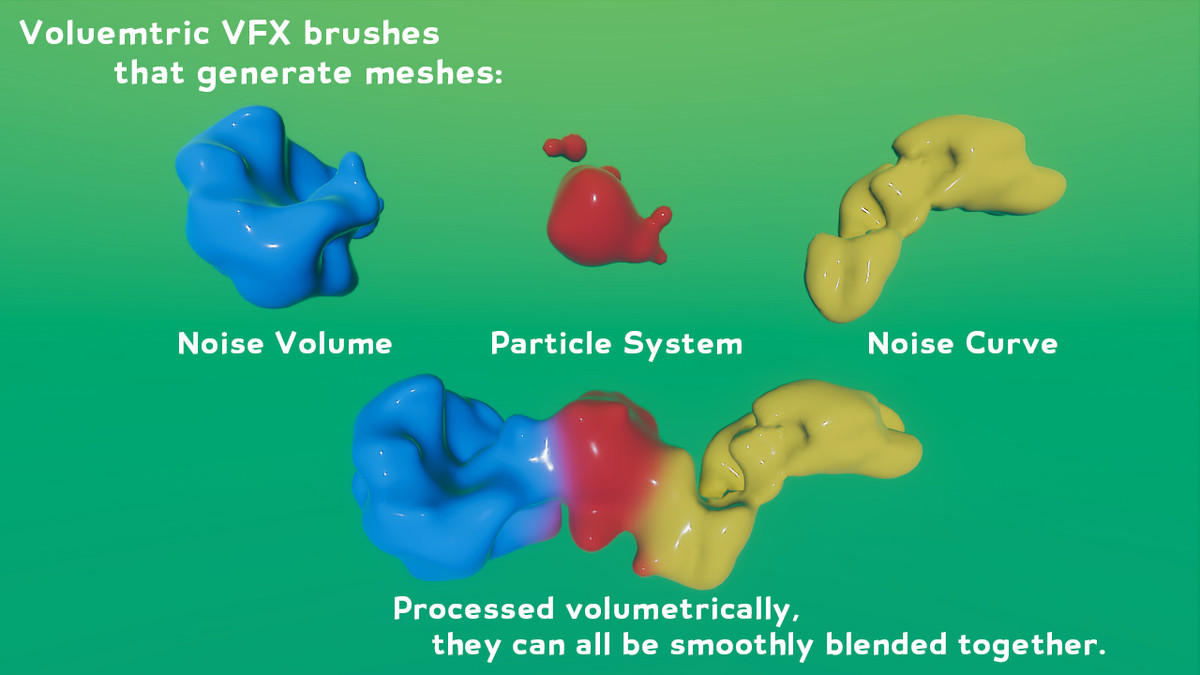 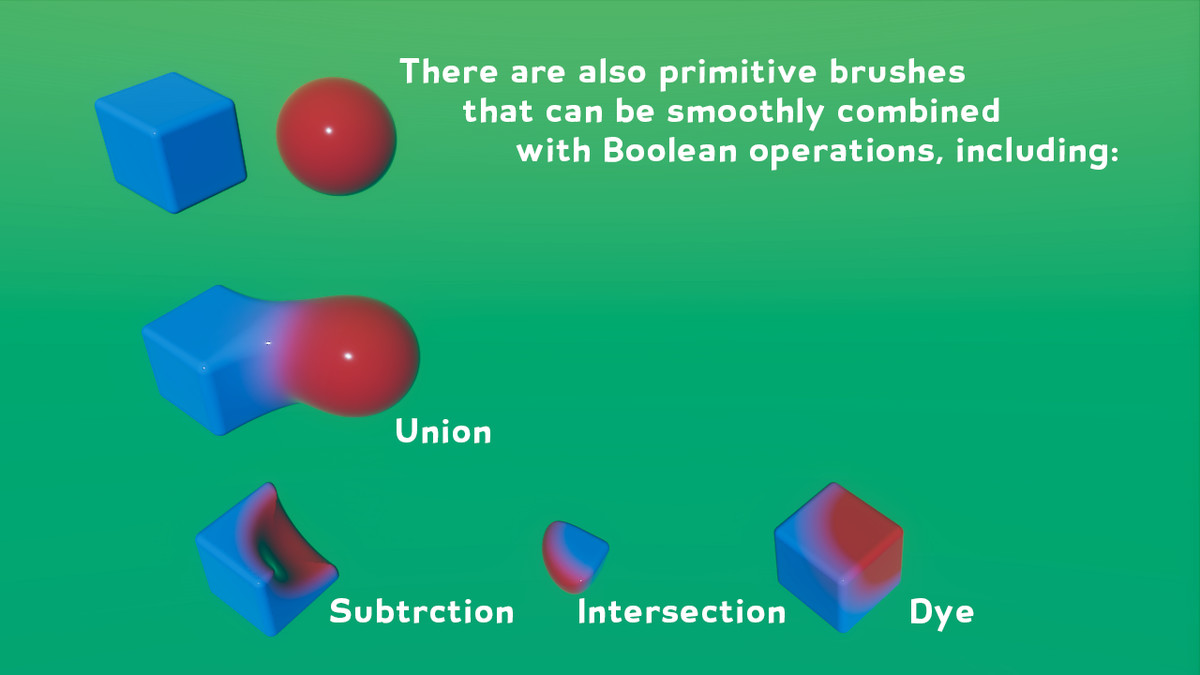 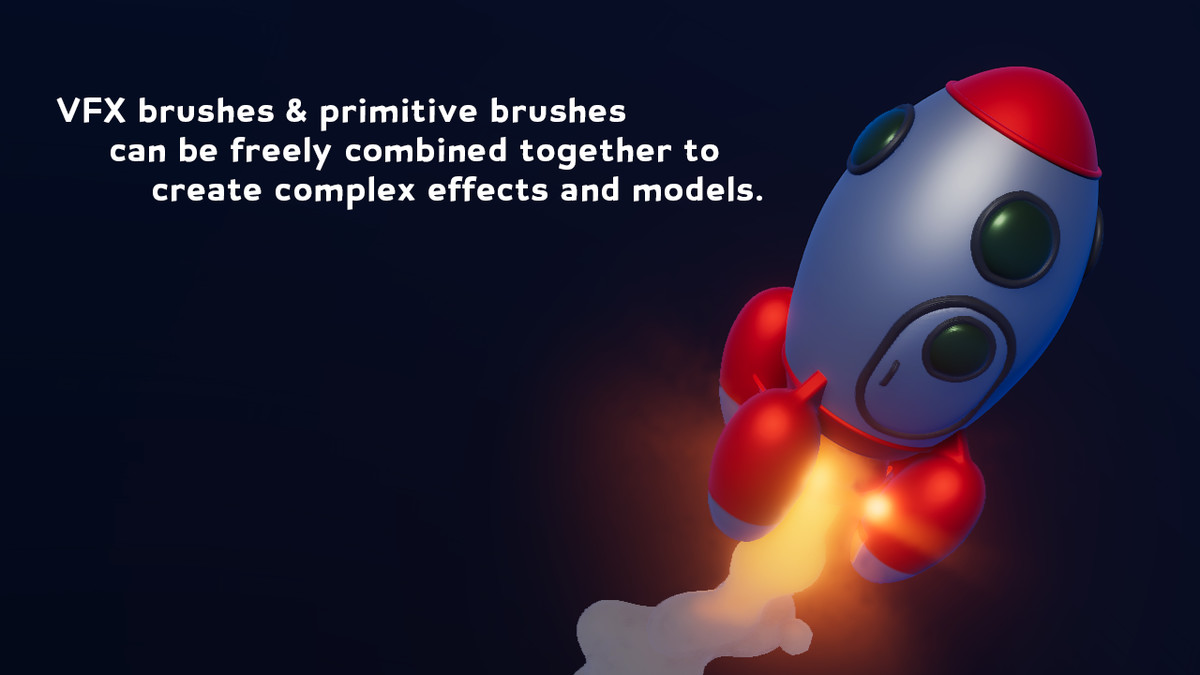 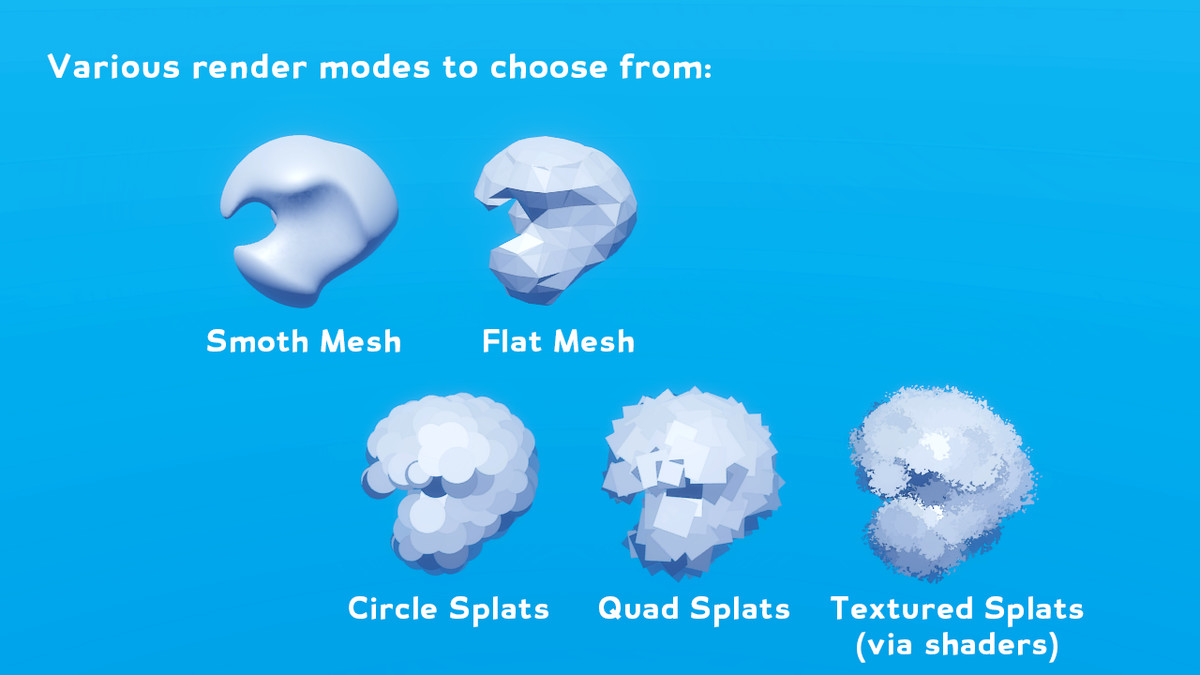 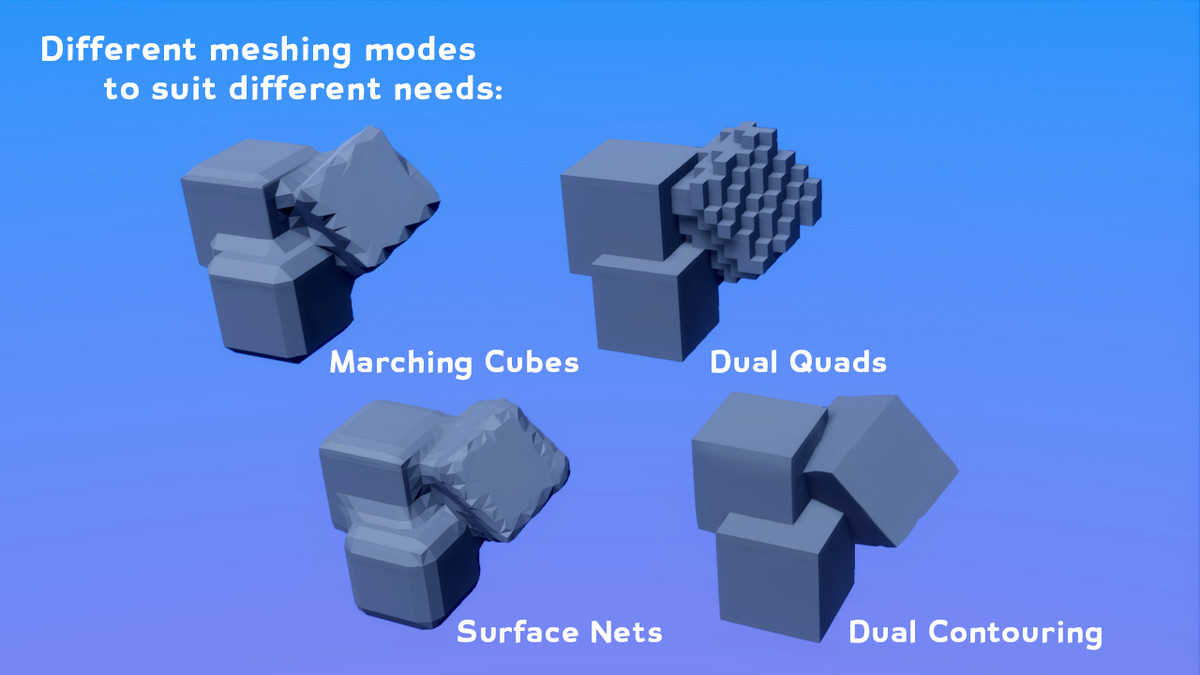 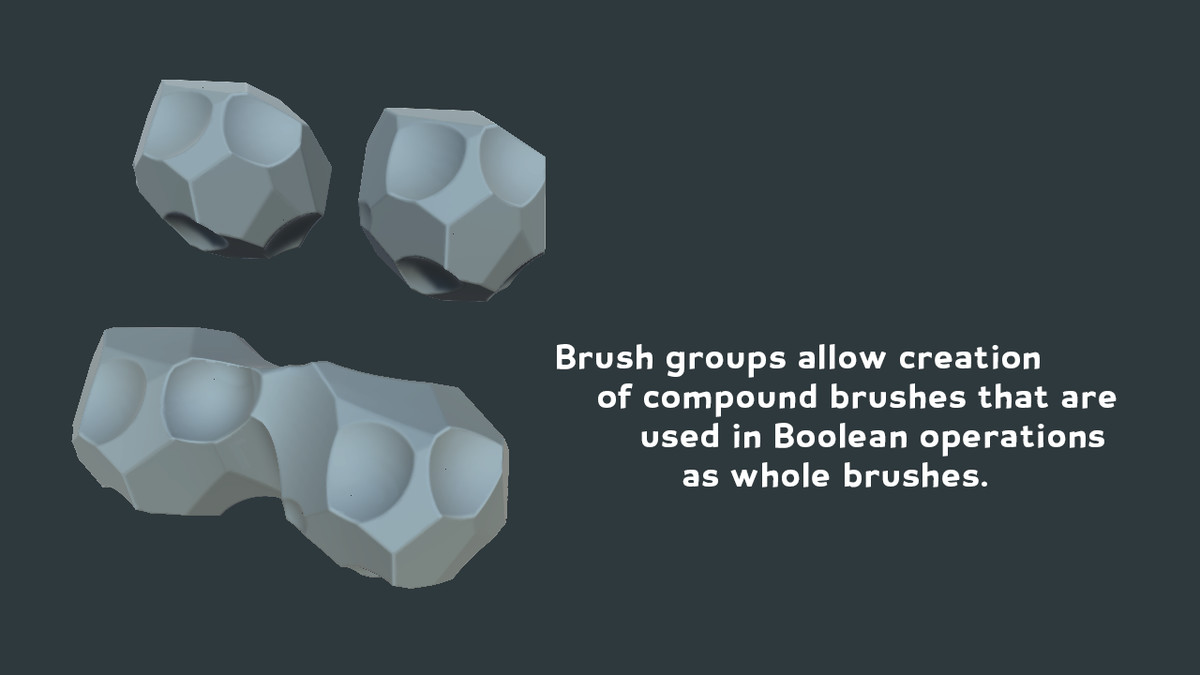 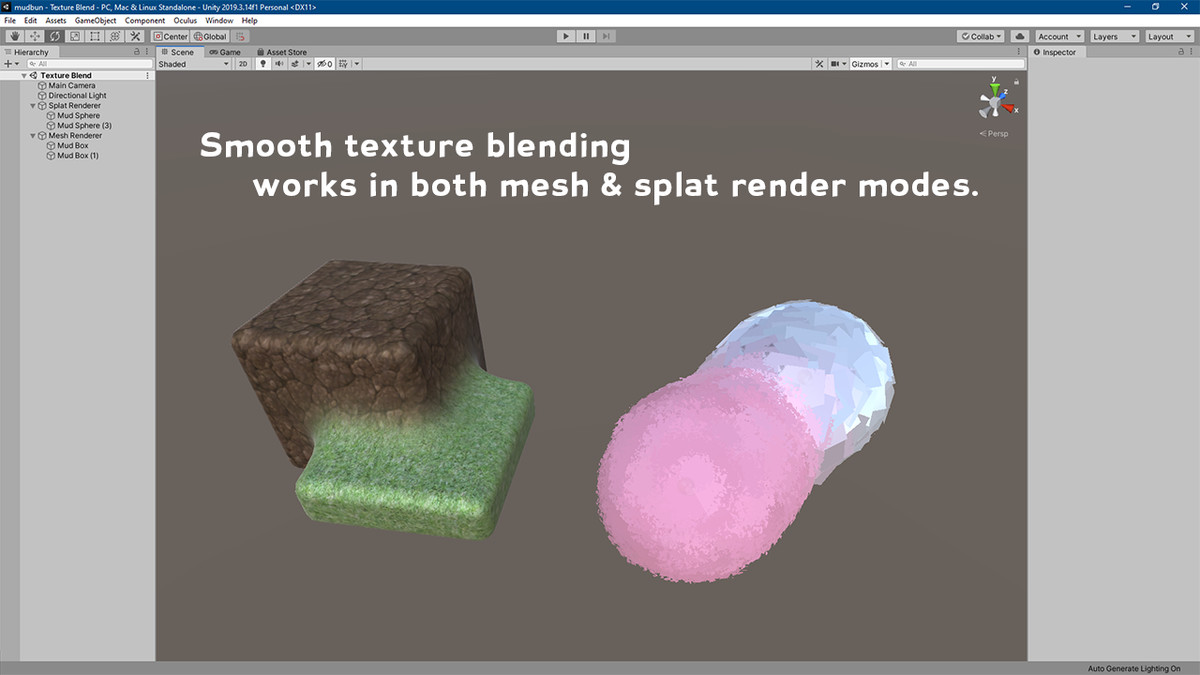 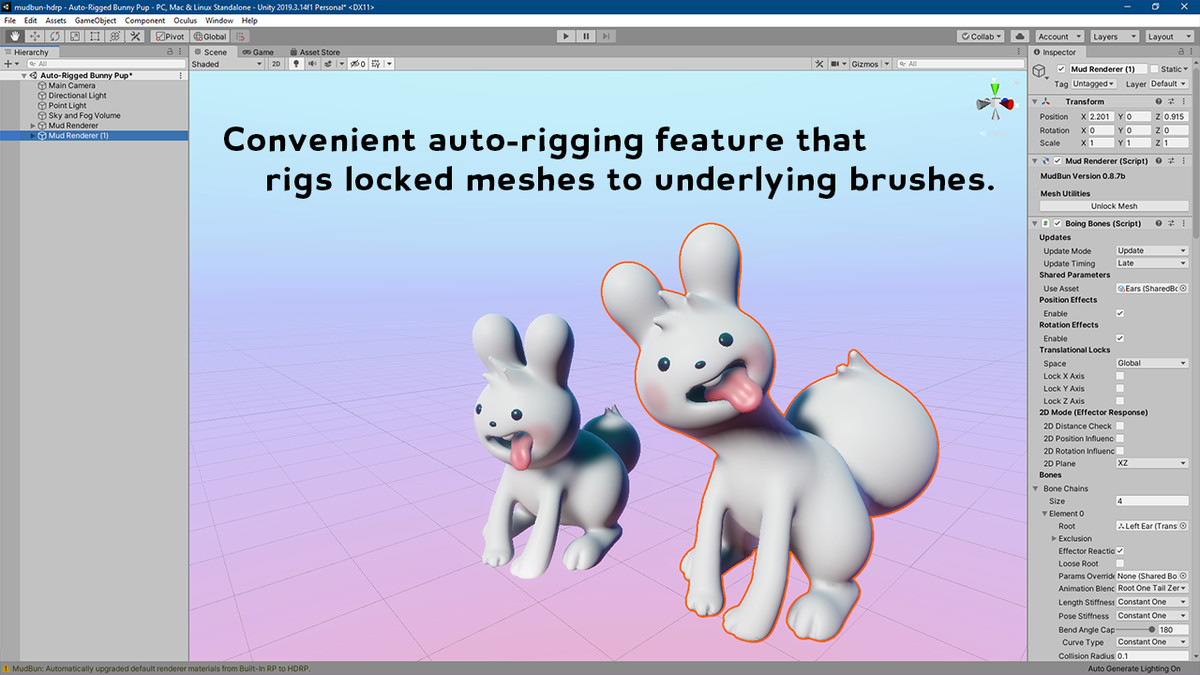 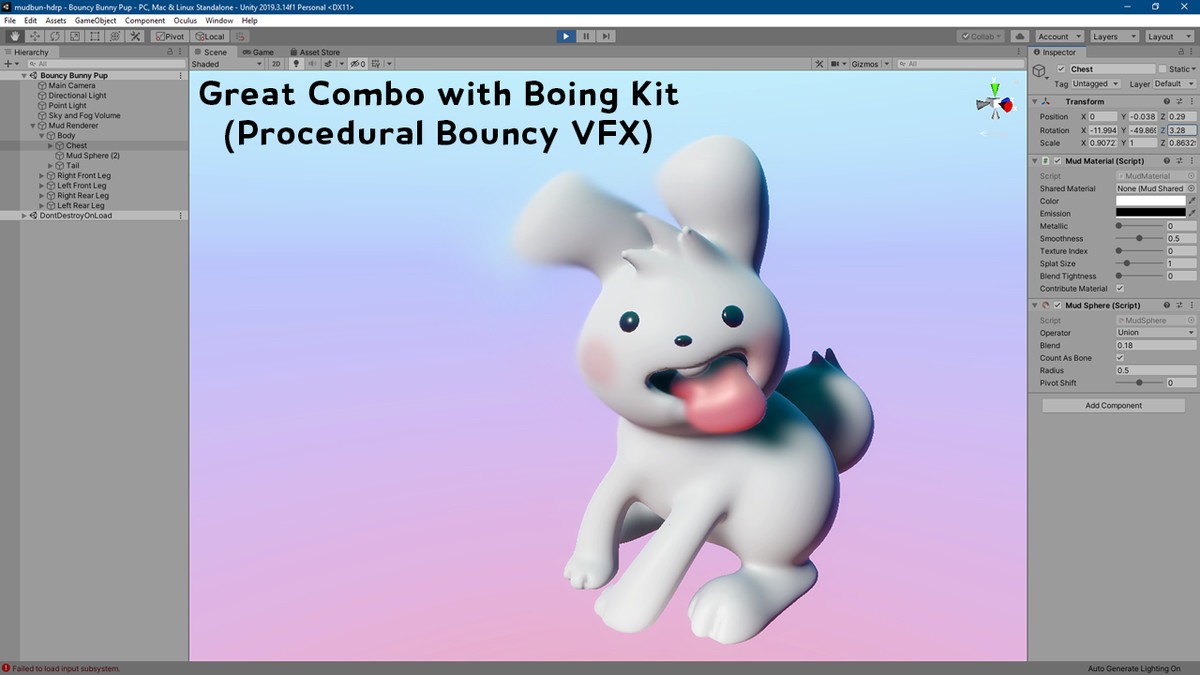 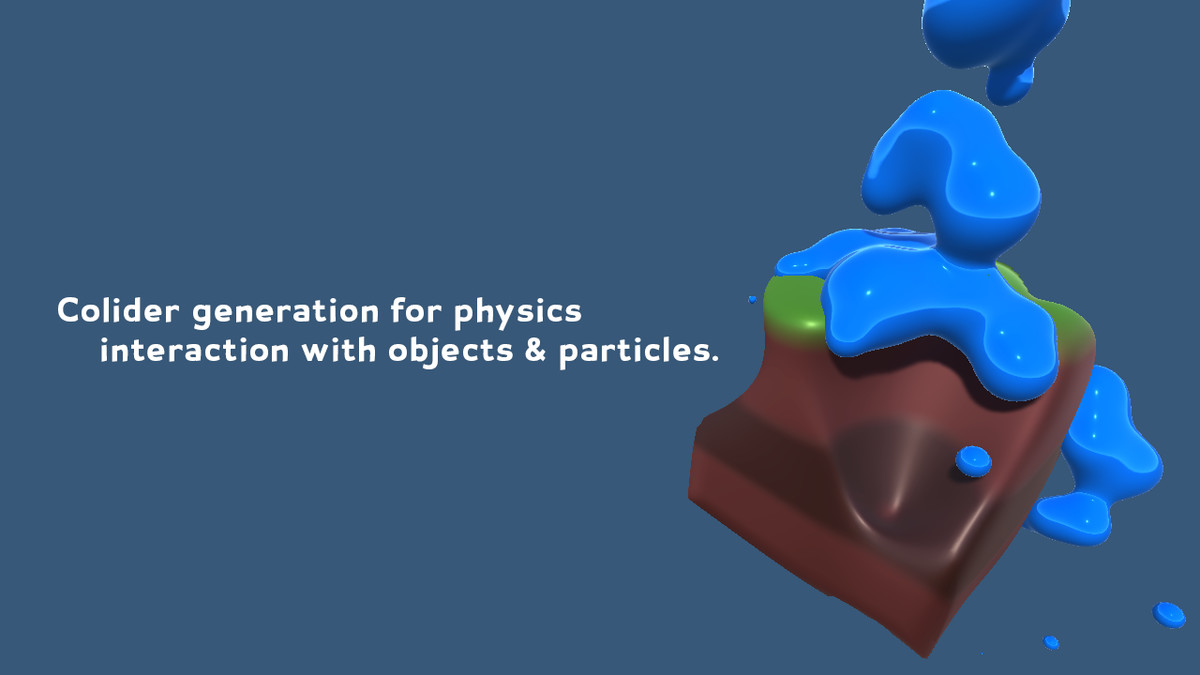 The lower price will end once version 1.0 is released.

MudBun is a volumetric VFX mesh tool. It procedurally generates meshes from “brushes” that define shapes, distortion, and surface modification. MudBun can also be used for quick volumetric modeling and provides a convenient auto-rigging feature. Locked meshes, including auto-rigged ones, can be exported using Unity's official [FBX exporter](https://docs.unity3d.com/Packages/com.unity.formats.fbx@2.0/manual/index.html) package.

MudBun can be used to create organic-looking meshes, which makes it a great combo with [Boing Kit](https://assetstore.unity.com/packages/tools/particles-effects/boing-kit-135594), a tool for producing organic bouncy effects.

MudBun is customizable. Users can extend the framework to create custom brush shapes, distortion brushes, modifier brushes, and shaders. It is also possible to define custom rigging logic for the auto-rigging feature.

Using a special data representation, MudBun frees users from worrying about the constraints of a finite voxel grid when working within typical game settings.

Compatibility:
- Unity 2019.3 or newer.
- Platforms with graphics APIs that support [compute shaders](https://docs.unity3d.com/Manual/class-ComputeShader.html), including Direct3D 11/12, Metal, Vulkan, OpenGL 4.3+, and modern consoles. (NOTE: right now, Windows is the only platform with active support, maintenance, and testing)
- Noise features depend on [inline sampler states](https://docs.unity3d.com/Manual/SL-SamplerStates.html), which are only officially supported by Unity for Direct3D 11/12, Metal, and modern consoles. Some Vulcan devices seem to run the noise features just fine, although Vulcan is not listed by Unity.
- It is highly recommended to target platforms with dedicated GPUs, as MudBun uses compute shaders. It is not recommended to target platforms with integrated GPUs, unless MudBun is only used at edit-time to build meshes to be exported or locked at run-time.
- If you are not sure how MudBun runs on your targeted platforms, please try out the [trial version](http://longbunnylabs.com/mudbun-trial/) first.

Limitations:
- Mobile devices generally have weaker hardware than desktops and might not be suitable to run MudBun. It's best to try out the [trial version](http://longbunnylabs.com/mudbun-trial/) on your targeted devices first.
- Due to some issues in the Metal shader compiler, the "Count As Bone" flag on solid brushes is not respected, and all brushes are counted as bones during auto-rigging on Metal platforms.
- Because of Unity's different implementation regarding GPU fences in Metal, MudBun needs to circumvent certain issues by allocating more GPU memory on Metal platforms when more than one renderer is present.
- Scaling brushes might not work as users would normally expect. Due to the nature of signed distance fields, there is no general solution for non-uniformly scaled shapes. Non-uniform scaling is still possible for some special cases and sometimes through approximation. A brush's local scales are usually not used as typical scales, but are interpreted as shape-specific parameters. For example, local scales are used as actual scales for box brushes, but are used as approximation for sphere brushes, and are interpreted as various dimensions like height & radius for cylinder & torus brushes.

Notice on Upgrading:
When upgrading from older versions of MudBun, please DELETE the entire MudBun folder before re-importing from a newer package. File structures might have changed, and directly re-importing a new package on top of an existing one could cause unexpected issues.