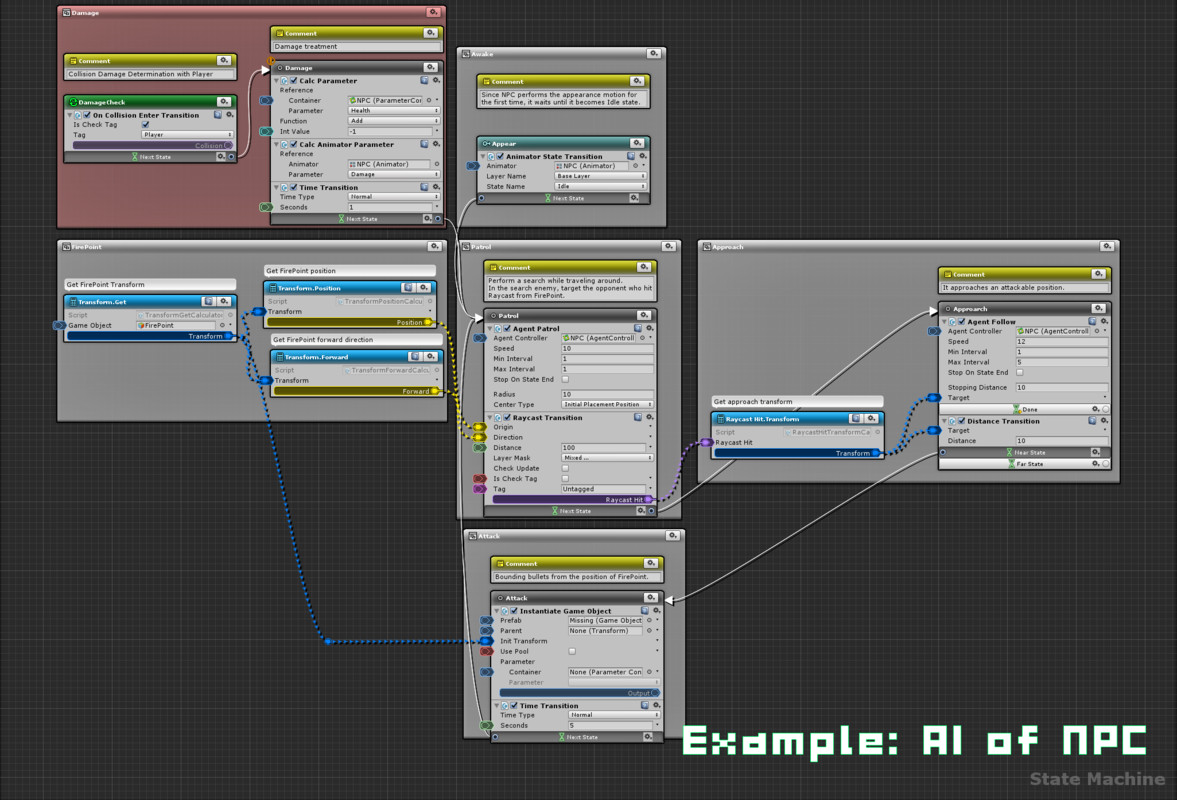 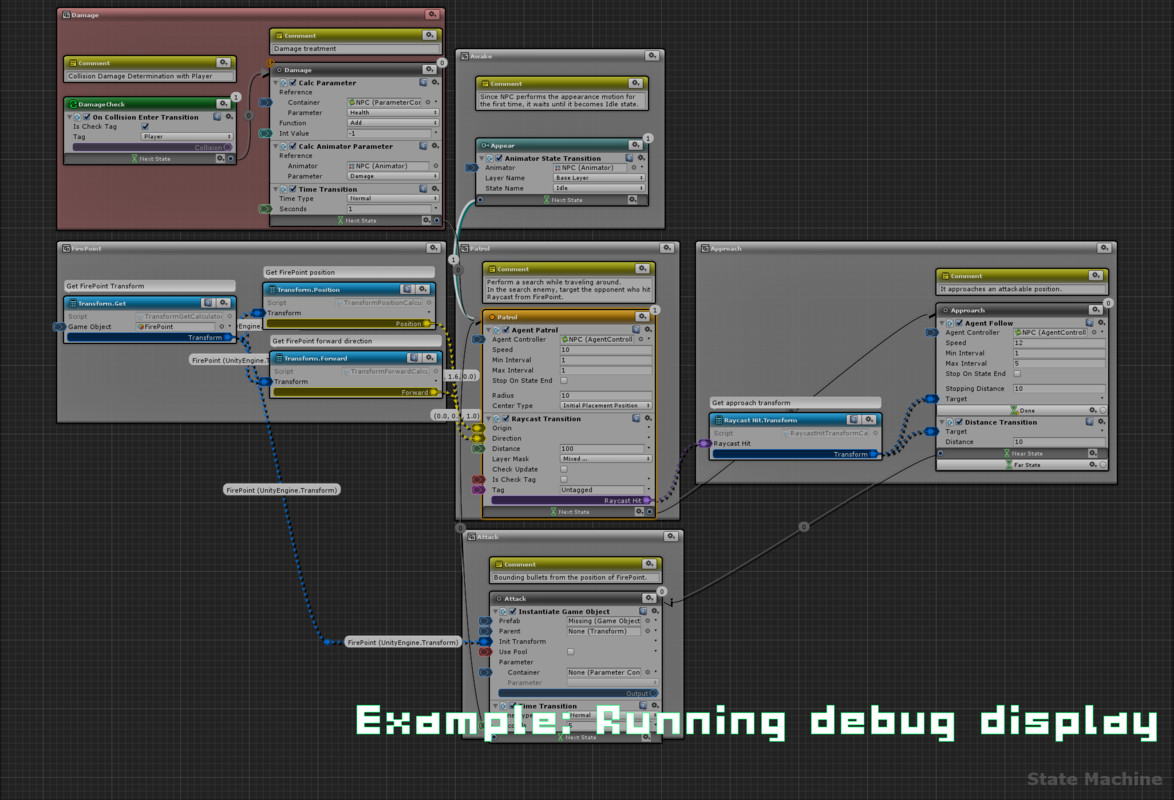 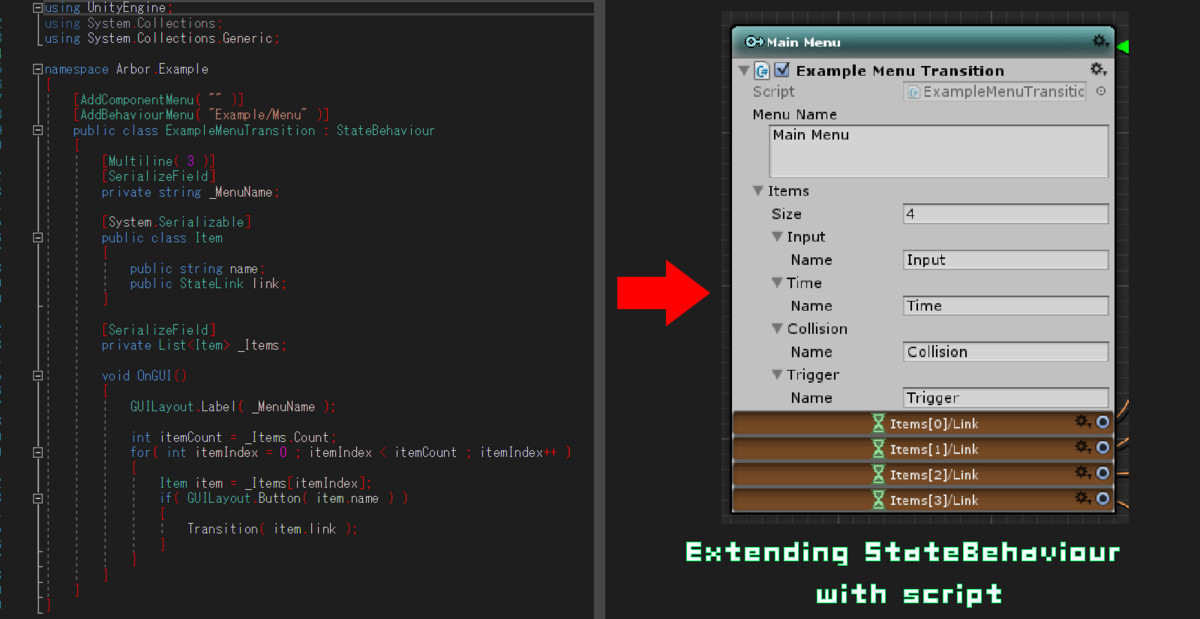 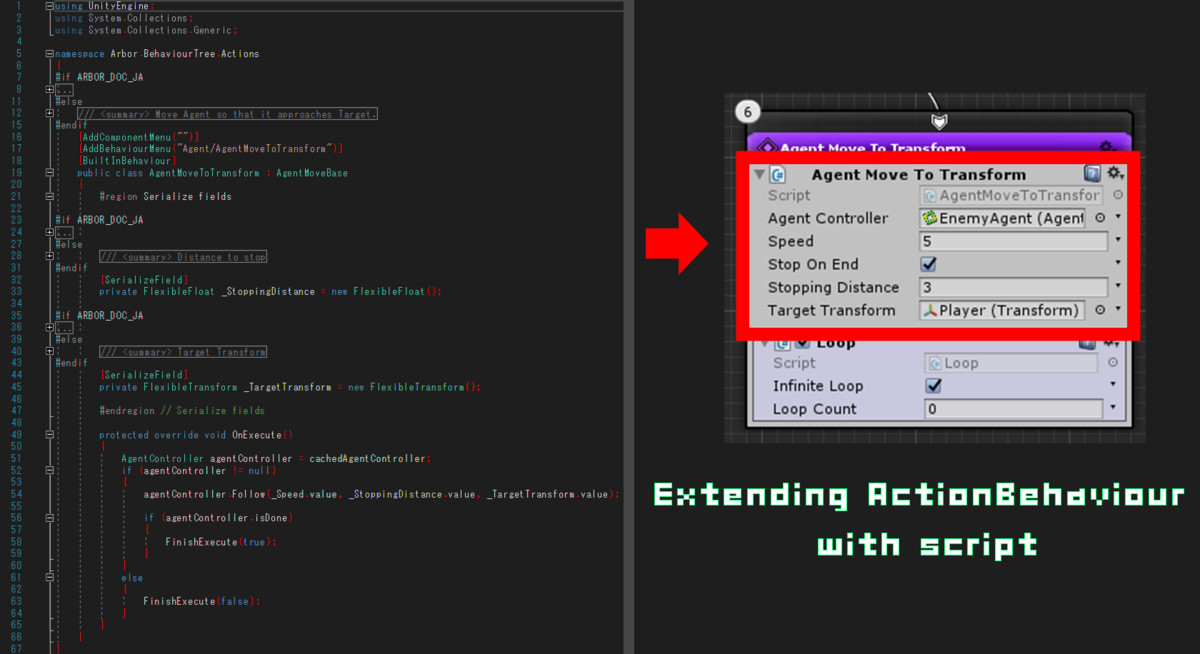 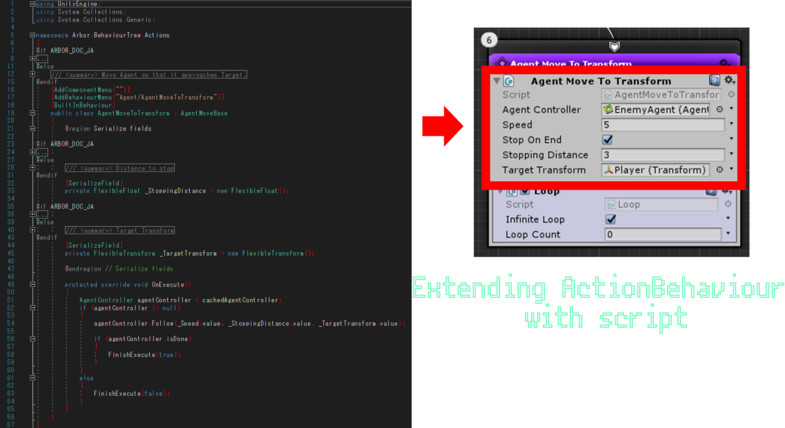 Arbor is the editor extension asset of the node graph that can be intuitively create a state machine and behavior tree!

By using Arbor , visualize the progress of the game and the behavior of enemy AI!

Programmers : You can create a new behavior script that can be used by designers.

Designers : You can make a game intuitively just by combining behaviors previously created by programmers.

Features:
● FSM & BT based visual scripting.
● Simple editor that can be intuitive
● Support to the script that can be expanded as well as MonoBehaviour.
● Can be coded behavior freely according to game logic.
● Can be assigned multiple scripts in a single state.
● Combinations of explosively increasing behavior can be easily realized with only minimal scripts.
● A simple calculation can be realized on a graph by a data slot and a calculation node.
● More than 400 built-in Behavior scripts.
● The source code is all C#. All source code is included.